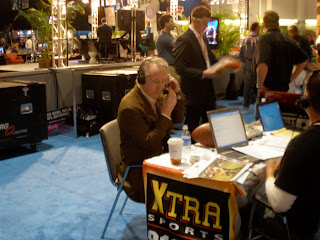 Wow it has been a whirlwind week going from the amazing trip to the Super Bowl (thanks again Buffalo Wild Wings) to a new job - feels like I've hardly had time to breathe so my apologies for my slow blogging this week.

First up, I'm scattering some Super Bowl weekend pictures throughout my posts for the week to keep you entertained. We took over 200 photos so as you can imagine, I'm trying to just show you all a smattering of the best and most representative of the trip. 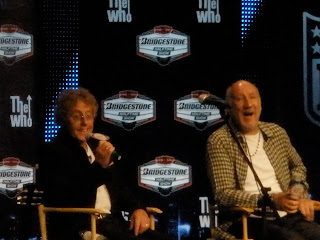 Up first, Archie Manning getting ready to do an interview on Radio Row at the media center, followed by The Who being interviewed before their acoustic set for the media on Thursday afternoon.

Interspersed between SB44 weekend photos though there will be links. The 2010 season is now squarely in front of us and while it's a long, long, sad way off until Week 1, there are actually plenty of sites still cranking out offseason analysis.

So let's get right to the first link of the night:


Let's start things off with Football Outsiders since they're always a great launching point for football analysis. Their Super Bowl XLIV Quick Reads provides some solid game insight and some in-depth number crunching for top players in SB44.

That next photo there is of Mark Schlereth, me, and Trey Wingo as Wingo hands me the awesome Super Bowl tickets. And I'm only 5'3" or so, which seems painfully obvious in this photo... 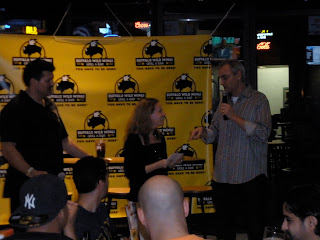 Next up, FantasyFootball Xtreme takes a nice look at some sleeper running back picks that you might want to grab for next season - 2010 Fantasy Football Sleepers: Running Backs.

I can practically hear Greg Olsen dynasty owners crying their eyes out over the arrival of Mike Martz in Chicago - look at what happened to Vernon Davis when Martz was in town...take a look at Rotoworld's Martz confirms it: Olsen is screwed. 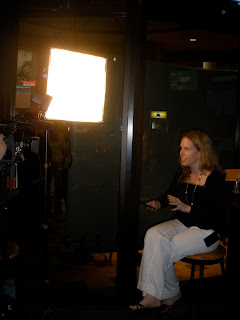 Here's a photo of me at Buffalo Wild Wings doing a video segment for their internal WingTV station. I only had to do about 10-20 seconds of video but it was still pretty exciting to be in the bright lights.

NFL.com has their 2010 rankings by position but they also include current auction values.

Side note: I met CBSSports.com's Dave Richard at the media center in Ft. Lauderdale and was impressed with what a genuinely nice guy he seemed to be in such a brief meeting - I always like hearing those details on what folks are really like so thought I'd spread them on to FFLibrarian readers, too.

And on we roll with photos...

Next I have a series of photos with both famous football faces and general celebs at the DIRECTV Celebrity Beach Bowl at South Beach on Saturday afternoon  - those of you who are into Gossip Girl and/or Twilight (I know, not too many of you, right?) might recognize a face or two here amidst the Eli Manning, Eddie George and Mark Sanchez shots. 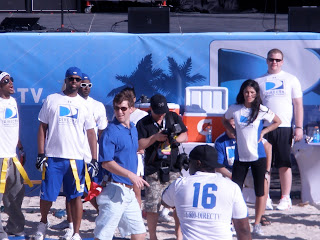 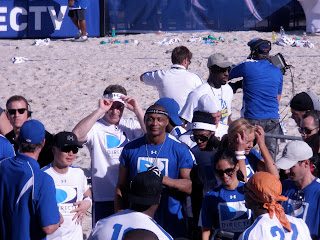 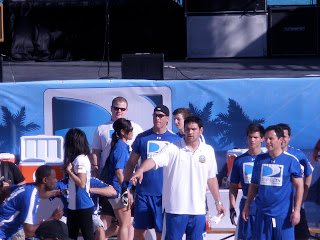 Finally, I have two parting photos for you today - a shot of the stadium from our pre-game party at PrimeSport's NFL Alumni party. Then a photo of my husband and me outside the stadium getting psyched to go in for the big game. I'll be back later this week with photos from the game itself. 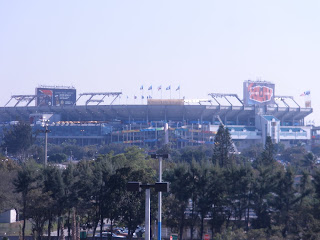 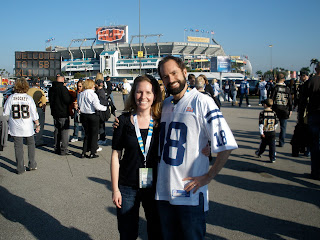 Chris Ziza said…
Man that looks like so much fun! I have never been to a Super Bowl but if I were to had to choose one, this would had been the one. What a great game. Glad you enjoyed.
5:13 PM

jnb said…
Love it! Thx for sharing the pics! You two look fabulous in the last one. Great experience - and exposure! Way to go, FFL!
2:01 PM