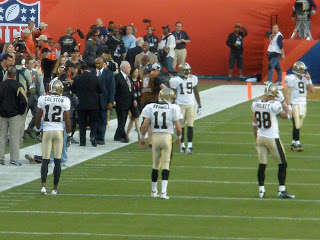 Well it's a bit of a winter wonderland here in New York City - there was plenty of talk about how much snow was going to fall today, but I was actually pleasantly surprised to see that the snow really had little to no impact on my commute and traversing around the city.

Meanwhile my poor mom in northern Virginia had her heat fail on her today of all days - fortunately she somehow got some repairmen who were willing to come out and get her back on the happy furnace track again. Thank goodness...lots of snow and no heat? Not acceptable. 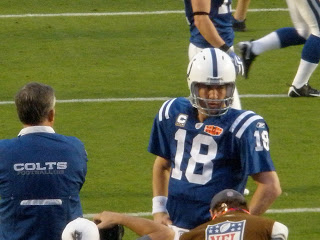 Time now for some game photos my friends! Yesterday I posted a bunch of photos highlighting some of the cool non-game things we did during our weekend trip to South Florida...but now it's finally time for photos from Super Bowl 44.

To be honest I was pretty into the game so I only snagged a handful of actual game photos but took plenty during pre-game warmups. Once again I'll sprinkle them in with today's daily links, which are starting to get mighty heavy on the free agency and NFL Draft angles. 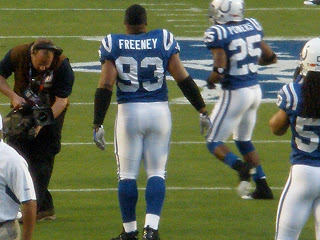 First up on the photo front we have some Saints and Colts warming up, getting loose maybe an hour or so before game time. We definitely took note of Freeney on the field looking pretty good and unhampered by injury.

First link for today - and I love this one - is from the Football Outsiders who posted a smattering of thoughts on penalties this year in Penalty Fun Facts from 2009. Check it out to see which teams and the most and least penalties, the most face mask penalties, the most overtime penalties, etc. Lots of good stuff in there to satisfy curious minds. 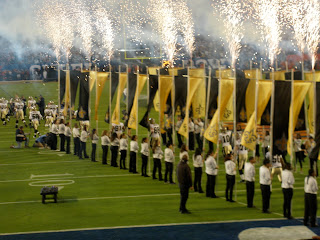 Next photo here is of the Saints running out onto the field before kickoff, followed by a shot of Boomer Esiason, Shannon Sharpe, and Bill Cowher down on the field, taking a break from pre-game show duties.
Now while I was at the Miami Buffalo Wild Wings for the Q&A with Wingo and Schlereth, someone in the crowd asked who I thought next year's Chris Johnson might be. While I don't really think I see someone repeating Johnson's leap this year, I did suggest Jamaal Charles as a possible up-and-coming grab for the 2010 season. See if the FFManiaxs agree in Jamaal Charles' Expectations for 2010: Fantasy Stud or Bust? 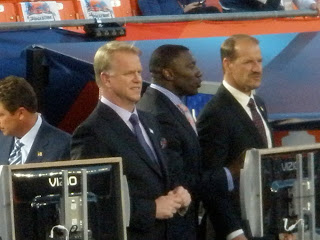 Some sharp minds in fantasy football land have come together to build a new site: DynastyGuys.com. Take a look around the site and scope out their Top 100 Keepers.
Next up, Fantasy Football Free Agency from FantasyFootball.com takes a look at their list of top 10 free agents, including my boy Tony Scheffler...would be sad to see him leave the Broncos but it sure seems like an inevitability these days doesn't it?

We've got a few looks at the 2010 NFL Draft - first up, Rotoworld zeroes in on the 2010 quarterback class while Fantasy Tailgate does a mock NFL draft with a few notes on team needs.
Last up, a bunch of action shots from a series during the game... 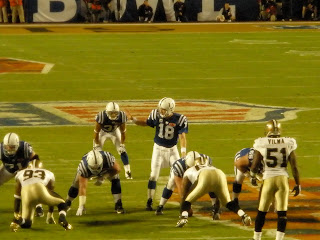 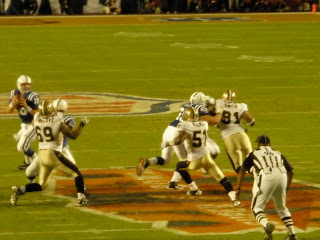 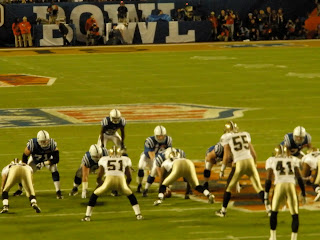 Virginia Resident said…
I can relate to your mom's feeling during this season of snow. It really gets colder in Virginia.
9:53 PM

Samsung Galaxy s720c  said…
I love watching football! This is the best sport ever!
7:23 AM