November 21, 2007
For those who are interested, here are a few Monday Night Football photos from the Broncos vs. Titans game earlier this week - who doesn't like photos of football things? Though if you're not into the Broncos, Titans, or the ESPN reporters, then just check back for another post from me later this week on more fantasy related content.

First, we have some shots of the ESPN Monday Night Football game crew - Stuart Scott, Steve Young, and Emmitt Smith are in these shots: 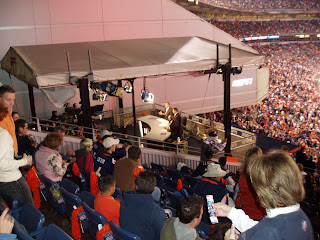 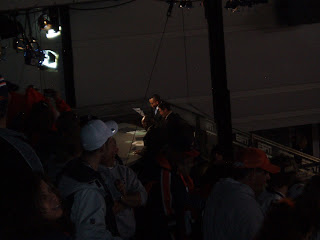 The Broncos emerging onto the field amidst flames and fireworks, with the Titans off to the right side of the photo: 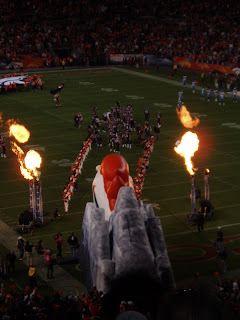 Jason Elam, the best kicker ever, setting MNF and Broncos records with his field goals and extra points all night long: 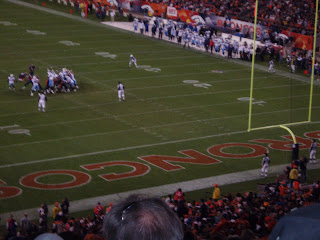 Me, gleeful at the end of the game - the white bronco on the south end of Mile High is up above the JumboTron, kind of hidden in the smoke (more flames of course): 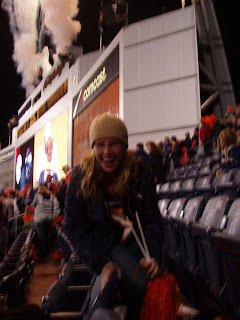